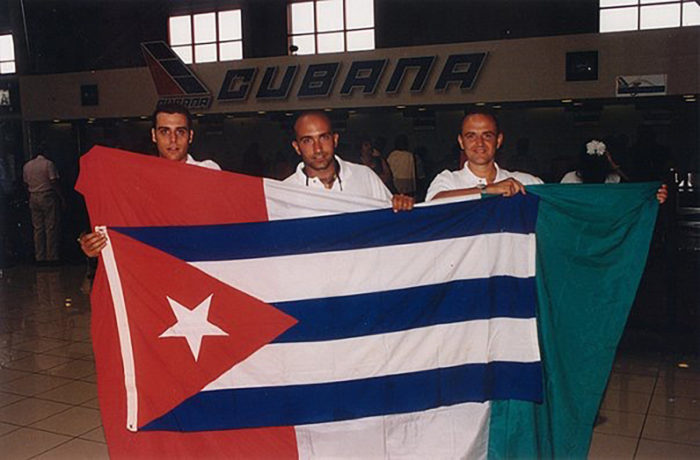 This accomplishment, achieved in the Jubilee year 2000, was sponsored mainly by Ostiensis travels owned by Giampiero Gualandri.

At first Francesco intended to set a route which leaving Miami would directly reach Cuba; the diplomatic tensions and the long standing embargo made him think again the issue, favouring instead the course reaching Cuba from Mexico. A much longer distance indeed, than what originally planned. Only later Francesco realized the great value the Cuban people attributed to the endeavor he was planning, only later he realized that Fidel and Raoul Castro, together with 80 fellow fighters, followed the same route in the “Historica Trajectoria” all boarded on the Granma aiming at overthrowing Batista, the ruling president imposed by the Americans.

At his arrival Francesco was greeted like a hero and the media long celebrated the Italian reaching Cuba for a memorable sport achievement.

The 180 nautical mile long route was extremely difficult because of 2 meter swells and tropical storms, nevertheless Francesco reached shore in Cuba, acclaimed as a hero. As today, the small Cuban history museum preserves and exhibits the uniform Francesco wore for the crossing.